Vaccinations help to protect your dog from severe infectious diseases. It also prevents them from passing anything nasty on to other dogs in your area. Vaccinating your puppy is one of the most important things you should do in your first few weeks as a dog owner.

DHPPi plus Lepto 2 or 4 is commonly used as puppy core vaccines and yearly boosters for dogs, they contain a number of vaccines listed below.

DHPPi provides immunisation of dogs against canine distemper, hepatitis (canine adenovirus), canine parvovirus and canine parainfluenza and is typically given in combination with a leptospirosis vaccine (Lepto2 or L4). It is recommended that puppies may be immunised from 6 weeks of age, 2-4 weeks apart, with a second dose from 10 weeks of age. The onset of immunity is one week after the second vaccine. In dogs over 10 weeks of age, a single dose is likely to be sufficient to immunise.

The immunity provided against these core diseases is long-lasting, with a minimum duration of immunity and recommended revaccination interval of 3 years. An annual health check and vaccination against canine leptospirosis is still recommended for all dogs. 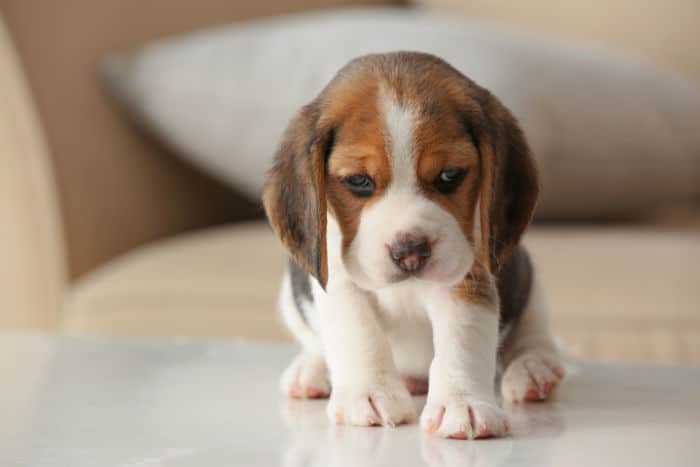 Here at Tudor house, we offer health care plans for your dog. These allow you to spread the cost of preventative veterinary treatment, such as regular health checks, annual vaccinations and flea and worm treatments.

Call 01902 766 905 to book your puppy vaccination at our veterinary clinic in Wolverhampton.

What do I need to do if I am travelling abroad with a puppy or dog? 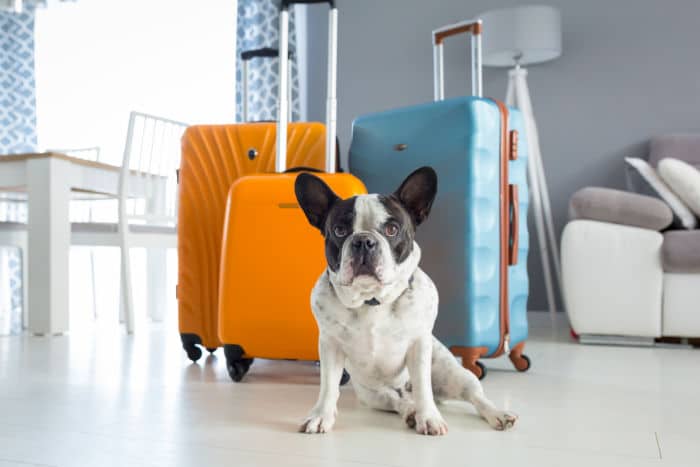 Although rabies is not a required vaccine for dogs in the UK, it is if you’re planning on taking your dog on holiday with you to another EU country. Your dog will need to be at least 12 weeks old and already microchipped to have the jab. The injection is a requirement, among others, of getting a Pet Passport, which allows you to take your dog to another EU country and bring him or her back to the UK.

Rabies is a viral disease of mammals that invades the central nervous system, causing headaches, anxiety, hallucinations, excessive drooling, fear of water, paralysis, and death. It is most often transmitted through the bite of a rabid animal. Treatment within hours of infection is essential, otherwise, death is highly likely. Of course, your veterinarian should weigh in and can always provide more information and guidance if needed on necessary and optional vaccinations.

WHAT DISEASES ARE VACCINATED AGAINST?

Lepto 2
Canine leptospirosis is caused by bacteria spread in the urine of infected animals. Leptospirosis is a serious infectious bacterial disease in dogs and a zoonotic risk to humans. Whilst a range of serovars may lead to disease in dogs, Lepto 2 provides cover against the two serogroups most commonly implicated in clinical cases within the UK.

Lepto 4
Canine leptospirosis is caused by bacteria spread in the urine of infected animals. There are a variety of serovars that may be responsible for the disease as it occurs in dogs in the UK, and Europe. L4 extends the range covered by dog vaccination to those most commonly implicated in clinical cases throughout the UK and wider Europe.

Parvo-C Vaccine
Parvo-C is most often used in puppies to provide additional immunisation in animals at high risk of early exposure to canine parvovirus from as early as 4 weeks of age.

Kennel Cough Vaccine (KC)
The Bordetella vaccine can prevent kennel cough. It is administered by vets as a squirt in the nose. Not all dogs need this vaccine, but we recommend it for social dogs and any dogs who will be boarded (most boarding facilities require proof of a recent Bordetella vaccine).

Kennel Cough
Also known as infectious tracheobronchitis, kennel cough results from inflammation of the upper airways. It can be caused by bacterial, viral, or other infections, such as Bordetella and canine parainfluenza, and often involves multiple infections simultaneously. Usually, the disease is mild, causing bouts of harsh, dry coughing; sometimes it’s severe enough to spur retching and gagging, along with a loss of appetite. In rare cases, it can be deadly. It is easily spread between dogs kept close together, which is why it passes quickly through kennels. Antibiotics are usually not necessary, except in severe, chronic cases. Cough suppressants can make a dog more comfortable.

Bordetella Bronchiseptica
This highly infectious bacterium causes severe fits of coughing, whooping, vomiting, and, in rare cases, seizures and death. It is the primary cause of kennel cough. There are injectable and nasal spray vaccines available.
If you plan on boarding your puppy in the future, attending group training classes, or using dog daycare services, often proof of this vaccination will be a requirement.

Canine Parainfluenza
One of several viruses that can contribute to kennel cough.

Canine Distemper
A severe and contagious disease caused by a virus that attacks the respiratory, gastrointestinal (GI), and nervous systems of dogs, raccoons, skunks, and other animals, distemper spreads through airborne exposure (through sneezing or coughing) from an infected animal. The virus can also be transmitted by shared food and water bowls and equipment. It causes discharges from the eyes and nose, fever, coughing, vomiting, diarrhea, seizures, twitching, paralysis, and, often, death. This disease used to be known as a “hard pad” because it causes the footpad to thicken and harden.
There is no cure for distemper. Treatment consists of supportive care and efforts to prevent secondary infections, control symptoms of vomiting, seizures and more. If the animal survives the symptoms, it is hoped that the dog’s immune system will have a chance to fight it off. Infected dogs can shed the virus for months.

Canine Hepatitis
Infectious canine hepatitis is a highly contagious viral infection that affects the liver, kidneys, spleen, lungs, and eyes of the affected dog. This disease of the liver is caused by a virus that is unrelated to the human form of hepatitis. Symptoms range from a slight fever and congestion of the mucous membranes to vomiting, jaundice, stomach enlargement, and pain around the liver. Many dogs can overcome the mild form of the disease, but the severe form can kill. There is no cure, but doctors can treat the symptoms.

Leptospirosis
Unlike most diseases on this list, Leptospirosis is caused by bacteria, and some dogs may show no symptoms at all. Leptospirosis can be found worldwide in soil and water. It is a zoonotic disease, meaning that it can be spread from animals to people. When symptoms do appear, they can include fever, vomiting, abdominal pain, diarrhoea, loss of appetite, severe weakness and lethargy, stiffness, jaundice, muscle pain, infertility, kidney failure (with or without liver failure). Antibiotics are effective, and the sooner they are given, the better.

Parvovirus
Parvo is a highly contagious virus that affects all dogs, but unvaccinated dogs and puppies less than four months of age are at the most risk to contract it. The virus attacks the gastrointestinal system and creates a loss of appetite, vomiting, fever, and often severe, bloody diarrhoea. Extreme dehydration can come on rapidly and kill a dog within 48-to-72 hours, so prompt veterinary attention is crucial. There is no cure, so keeping the dog hydrated and controlling the secondary symptoms can keep him going until his immune system beats the illness.

Rabies
Rabies is a viral disease of mammals that invades the central nervous system, causing headaches, anxiety, hallucinations, excessive drooling, fear of water, paralysis, and death. It is most often transmitted through the bite of a rabid animal. Treatment within hours of infection is essential, otherwise, death is highly likely.
Of course, your veterinarian should weigh in and can always provide more information and guidance if needed on necessary and optional vaccinations.

WHAT IS AN ANIMAL HEALTHCARE CERTIFICATE AND WHEN DO I NEED ONE?

HOW OFTEN DO I NEED TO GET MY DOG VACCINATED?

There is a difference of opinion about having your adult dog vaccinated every year. Some vets believe too many vaccinations in adult dogs pose health risks. But others disagree, saying that yearly vaccinations will prevent dangerous diseases such as distemper. Talk with your vet to determine what kind of vaccination protocol works for you and your dog.